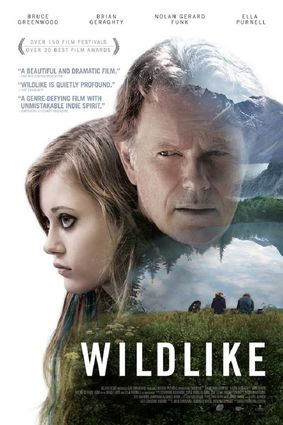 An informative, beautifully filmed summary of the land we all love, its unique history revealed in the narration by Jane Fonda and interviews with folks who know it best, with much of its beauty revealed in the cinematography.

An all-too-brief retrospective on the final years in the life of author John Steinbeck. The film is set partly in the real Cannery Row on the Monterey Peninsula, and at Steinbeck's last view across Salinas Valley from atop Fremont Peak. His reflections on the lives of the less fortunate who influenced his work are recalled by a man duplicating Steinbeck's journey laid out in "Travels with Charley" (his dog).

A mirror image of the Borrego Valley water situation writ large across the central plains of Kansas, where the Ogallala Aquifer is undergoing critical overdraft. We here in Borrego are, however, fortunate enough to have the political will all the way to the Governor's mansion to help address and solve the issues, while Kansas seems mired in a swamp of naiveté and benign neglect. This film could help to change that.

In an origami world with folded-paper castle and flat-paper people who can fly and chase butterflies to make their art collections out of butterfly wings, it's a journey of discovery that while art may imitate life, real life is art, and much more.

Mackenzie is a listless and troubled 14-year old girl with a father who died the year before and a mother who prematurely checked herself out of rehab. She is sent to live with her lusty uncle in Alaska, then runs away and must use her few wits and even fewer charms to try and make it back to Seattle to find her mother. But Alaska is a huge place, and it borders on the miraculous that she rather quickly meets up with an older man who coincidentally lost his wife to cancer the year before (read father figure, wonderfully played by Bruce Greenwwood in a finely honed and overall standout performance) who is at once wary and kind and totally exasperated by her behavior, all the while Mackenzie staves off iPhone stalking by her uncle.

The other fine supporting character in this film is the Alaskan landscape with its breathtaking vistas. I wouldn't be surprised if Wildlike received at least an Academy Award nomination for cinemetography.