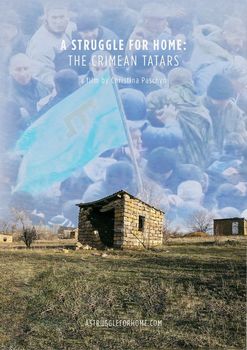 A Struggle For Home

A very amusing story of a beautiful young woman at wit's end with her hunky boyfriend. She uses a unique strategy akin to putting out the garbage with a big red bow around it to attract someone, anyone, to take it away before opening it and inspecting the contents.

A woman boxer named Ricky (junior) seems destined to failure in her last shot at turning pro. Her father (Ricky senior), also a boxer in his prime, is concerned for her health and safety against a tough opponent. We are left to guess the outcome of the fight, although there are hints things might not go well. Or she perhaps has the tenacity to win despite her father's non-supportive statements to the contrary.

"I Miss You" – Directed by Alison Mason:

The fiancé of a young woman who died prior to getting married and her long-time girlfriend meet for the first time after the funeral. Despite their stated sense of loss, they manage to get over it rather quickly – hey, why waste a perfectly good ring? They end up engaged and in what can reasonably be predicted as MourningSex.

"Faces of 8" – Directed by Michael Shaw:

They dwell among us, folks. Infiltrating even the sacred spaces of our beloved BSPAC theatre! They look like us, talk and act like us, and have the same hopes and dreams. The nerve of these people to be, gulp, gay! For those in the LGTBQ community (look it up if you don't know the acronym), the decades-long struggle for equal treatment under the law, not to mention sympathy and understanding from individual members of our society, has been a tough one, especially for those who married prior to California legislation that banned gay marriage. Property rights and spousal survival benefits were all thrown into a state of utter confusion and disarray. Now the law has been changed, and the eight couples interviewed in this film represent a delightful diversity of human beings of differing ages, backgrounds, and ethnicity who merely want to be free to love and be loved and treated like the rest of us "normal" folk. Victory is bittersweet.

"A Struggle for Home" – Directed by Christina Paschyn: 44-Minute Documentary

This film lays out one of the most difficult to grasp social-political-ethnic-geographic-religious situations imaginable in the world today, and this brief review will not do justice to the film. Suffice it to say that the Crimean Taters have a huge hill to climb in their quest for autonomy on a peninsula in the far-western Russian Federation. Their struggles and torments are reminiscent of Holocaust victims, being bustled off to exiled oblivion on crowded, lice-infected trains; an outside political system that refuses to recognize their heritage and basic human rights; but despite all this, and much more, the Crimean Taters possess a fierce devotion to what we would call western democratic principles, despite that most are Muslim. A truly fascinating (and exasperating) film on what the quest for ethnic freedom and independence re-e-ally looks like.