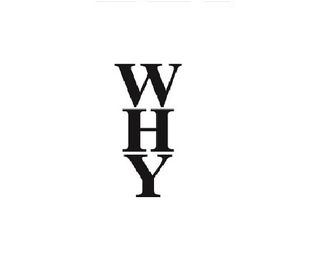 Taken from an interview with Bob Kelly, the Chair of the Endowment Fund (also Chair of Sharp Healthcare, one of the biggest employers in San Diego) and Bruce Kelley (Board member with a Ph.D in preventative medicine).

The well-intentioned group of benefactors who have supported the ideal of proper health care and essential expanded health-related services for us is still alive and well in our community.

Formerly known as the Borrego Community Health Society, BCHS has renamed its organization the Borrego Valley Endowment Fund (BVEF), and will now be known as such as they continue to provide funding for, and regularly contribute to, the wellness of our residents and visitors.

Having endowed the Borrego Community Health Foundation (BCHF) (The Borrego Springs Medical Center) with about $3.2 million since 1996, the BVEF has changed its focus from the support of the Foundation back to the community at large. They are re-directing their investments both monetarily and for the good of the community, in continued support, most recently, toward the school system, the fire department and the Senior Center.

They are also engaging the air rescue companies, namely Reach and Mercy Air, with an approach to coverage for all Borregans and Borrego visitors, should the need arise, to be air-lifted from the valley to local hospitals for care not available here.

When last the town was kept abreast of goings-on with the future of healthcare here, (June 2014) the Sun reported that a group of locals had commissioned a study, by the Camden Group, of our demographic make-up, our needs as a small rural community, and the possibility of justifying an urgent care center or even a hospital in Borrego Springs. The Camden report was received.

Prior to the report, the enthusiastic group visited Friday Harbor, an isolated island in the Northwest, with three times Borrego's population, to form an assessment for our medical situation, as it has a similar demographic.

"Around the same time, a local philanthropist approached the Fund, and proposed moving the Medical Center from its current location on Yaqui Pass at the entrance of Rams Hill, to a central, downtown location more easily accessible to residents. The land would be donated to us with a further donation of $1 million. $1 million would be matched by the Fund, and more money would be raised to complete and support the endeavor.

The Fund would own the building and lease it to the Medical Center and would re-invest overages back into health betterment, once the facility based on CARE is in place and functioning to serve.

The Foundation chose to reject that offer, which is, 'Still on the table.' Instead, the Foundation Board stated to Society members, that they would employ another developer and go about plans in a direction other than what we were advising."

"This doesn't align with the Strategic Plan," was the bottom line response given by the Foundation Board.

"At that time, the Foundation requested that Fund Board members do not attend future Foundation Board meetings. And the relationship ceased, with no further communications between us.

The Fund had been providing $230,000 - $250,000 annually to the Foundation for operational expenditures at the Medical Center and Pharmacy."

At a September Sponsor Group meeting, it was announced the Foundation was contracting with Priest Development, with whom they had an established relationship; and plans were drawn up to build a new Administrative/Pharmacy building on Palm Canyon Drive, just East of Flores Nursery, on the South side of the road. They stated it would enable them to move the pharmacy from the current, "Fire-prone and space-limited" location to the new facility that would serve forty patients a day.

That plan was soon dropped from discussion at the Sponsor Group meetings as the developer had withdrawn as he thought being involved with a small town could be prone to litigation.

"Meanwhile, the newly named BVEF is conducting an online survey, with the help of the Chamber of Commerce, with all questionnaires needing to be submitted by Dec. 20."

They encourage all residents, visitors, subscribers and Chamber members to complete the questions, providing grades to current services offered and containing space to convey feedback, both positive and otherwise, on the subject of local health care.

With results of this community survey, the BVEF will be able to focus their philanthropy, build their new, transparent website, and soon announce how funds will be distributed, in the expanding offering for health care in the valley.

BVEF members are mindful of their loyalty and their vision for the community's health. As conveyed by Board member Bob Kelly.

"It is possible, with significant philanthropic support, to have a proper medical center in Borrego. My highest hope would be to establish a Ten-bed, Level Five Critical Care Unit, with capabilities beyond what talented EMTs are able to provide."

Kelly has been coming to Borrego since the sixties, when he aligned with Jere Hansen and Bev Kuhrtz, who were doing health screenings for migrant workers that were picking grapes for the Di Giorgio interest in the valley.

"I am adamant that health services are the most important issue facing the community and the securing of locally-based providers must be addressed if the town is to sustain itself as a viable option for full time residency."

The Borrego Sun tried to contact the Foundation CEO, Bruce Hebets and Chairman Harry Iisley for comments, but were unable to reach either of them by press time.