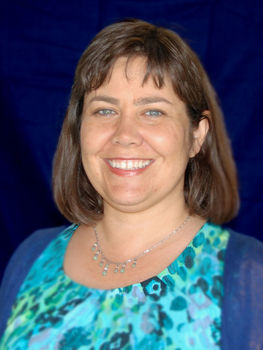 A Borrego Springs teacher will be honored for her commitment to teaching and learning at this year's "Cox Presents: A Salute to Teachers." The Academy Awards-style extravaganza is celebrating its 25th anniversary of recognizing local teachers on Saturday, Oct. 10. The show will highlight the County's 26,000 public school teachers and feature celebrity emcees and presenters, musical and dance performances, and the announcement of the 2015-16 San Diego County Teachers of the Year who will go on to represent the region at the California Teacher of the Year program later this year.

Borrego Springs Middle and High teacher Rachel Wann is a two time Teacher of the Year honoree. She measures her student's progress using a variety of methods including exit slips, oral response name sticks, rough drafts, quizzes and more. She was inspired to become a teacher by two former teachers and now gives back to her school and community as a literacy coach, member of the Interact club and Borrego Pioneer Society and the Little League co-snack bar manager.

Sherri Shepherd, the multitalented entertainer, will host this year's "Cox Presents: A Salute to Teachers." Shepherd, who won a Daytime Emmy award for Outstanding Talk Show Host as one of the co-hosts of "The View," also appeared on the hit TV show "Dancing with the Stars" and guest-starred on the Emmy award-winning TV show "30 Rock" as Tracy Morgan's wife. Shepherd will be joined by co-hosts Kyra Phillips, a CNN correspondent and San Diego native and veteran San Diego broadcast journalist Dennis Morgigno.

A total of 44 nominees for Teacher of the Year were selected by their respective school districts. Of those, five will be named County Teacher of the Year. The top five teachers are selected based on student achievement, professional development and community involvement, teaching philosophy and personal style, knowledge of educational issues and trends, promotion and development of the teaching profession, accountability and ability to serve as ambassadors of education.

"Cox Presents: A Salute To Teachers" has received national recognition, and the telecast has earned more than 20 Emmy Awards for Channel 4 San Diego.