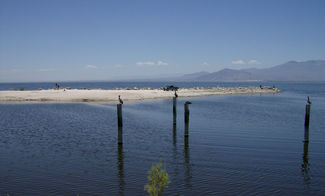 Kelley said, "We are calling on the State Water Board to inject a sense of urgency into the process and keep it from bogging down even further. What we need is a referee and a timekeeper."

IID filed a petition with the State Water Board last November asking for a timetable for the parties involved in the 2003 Quantification Settlement Agreement to reach a consensus on a sustainable restoration plan for the Salton Sea.

The Imperial Irrigation District has been fallowing land to accumulate mitigation water for the Salton Sea while the state figures out how to fund a restoration plan. In 2017 that water will become unavailable, and the loss of water will shrink the sea dramatically, causing serious health affects and air quality issues for the public.

IID urged the State Water Board to make the state's obligation to restore the Salton Sea a condition of the water transfers under the Quantification Settlement Agreement.